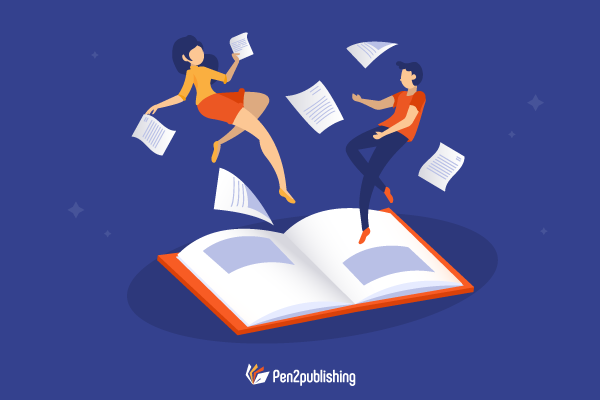 You have decided to write a novel, a short story, or the play that is waiting inside you. You have the story—it’s beginning, middle, and end. You also have a few characters in mind. But you need some help to flesh those characters out. That’s where you’ll need to get the hang of character development.

Whether you are writing a short story or any piece of fiction, characters are crucial in taking the plot further.  You might think that characters that have appeared in your head might somehow write themselves on the page, without much effort. Indeed, sometimes, they do. But, most of the time you, as the writer, author, and creator of your book, are in charge and have to make decisions to shape the character for your story.

Before we start, I will be using ‘story’ throughout to mean the fictional work of any length.

Each morning my characters greet me with misty faces willing, though chilled to muster for another day’s progress through the dazzling quicksand, the marsh of blank paper.

Let’s start at the very beginning. A character can be defined as any person, animal, or figure represented in a literary work. It is an important element of a story. Characters do not always have to human. Animal and inanimate characters are also characters and have to be developed in quite the same way.

What Is Character Development?

Character development is the development through the story of a complex character who will take your story forward, attract the reader’s sympathies and leave a long-lasting impression long after the back cover of the book has been closed. For example, J. K. Rowling developed some impressive characters in her Harry Potter universe: Harry Potter, Ron Weasley, Hermione Granger, Dumbledore and others. Even the ‘evil’ characters were fleshed out with backstories making the reading of her books a cohesive experience. J.R.R Tolkien’s

If you don’t develop your characters well, then your story is that much less impactful.

Characters are the key to a good book. It took me several novels to comprehend that.

You’ll need many different characters in your book. Have you decided on them yet? Not all of them will have the same kind of focus in your story. In fact, you don’t need to use all of them at all. You need to be aware of the types of characters so that you can create or choose the ones that will illustrate your story the best.

You can never know enough about your characters.

Now that you know the types of character you might need in your story, you will need to know how to present them. There are two broad ways of presenting them. example, in ‘The Old Man and the Sea’, Earnest Hemingway describes the character of the old man, Santiago: The old man was thin and gaunt with deep wrinkles in the back of his neck. The brown blotches of the benevolent skin cancer the sun brings from its reflection on the tropic sea were on his cheek … Everything about him was old except his eyes, and they were the same color as the sea and were cheerful and undefeated. (p.2) Joad took a quick drink from the flask. He dragged the last smoke from his raveling cigarette and then, with callused thumb and forefinger, crushed out the glowing end. He rubbed the butt to a pulp and put it out the window, letting the breeze suck it from his fingers. (The Grapes of Wrath, p. 9) The reader arrives at the conclusion that Joad is a poor, blue-collar worker.​

So now that you know the two methods of characterisation, you’ll need to know how to use them. Here are ten ways by which you can develop your character:
To me, characters are at the heart of great literature. – Chitra Banerjee Divakaruni Indian American author
It is knowing when to use what type of characterisation is key to making your characters believable. You are now well on your way to creating memorable characters. Hold on; there are a few more tips and tricks that will help you master this skill.

When to Use Direct Characterisation

When to Use Indirect Characterisation

There are lots of unlikeable characters in literature. It doesn’t mean they’re not fascinating.

1.For and in dialogues. One of the best ways to show a character’s personality is through dialogue. The way a person speaks tells a lot about them. For example, in this excerpt from Marina Lewycka’s ‘A Short History of Tractors in Ukrainian’ we get to know not one but two characters, Nadezhda and her father, through their dialogue.

My father’s voice, quavery with excitement, crackles down the line. ‘Good news, Nadezhda. I’m getting married!’

I remember the rush of blood to my head. Please let it be a joke! Oh, he’s gone bonkers! Oh, you foolish old man! But I don’t say any of those things. ‘Oh, that’s nice, Pappa,’ I say.

‘Yes, yes. She is coming with her son from Ukraine. Ternopil in Ukraina.’

Ukraina: he signs, breathing in the remembered scent of mown hay and cherry blossom. But I catch the distinct synthetic whiff of New Russia. (p.1)

The reader (you) can infer the character of the sensible and disapproving daughter and the excited and idiosyncratic old father through these lines.

2. To show a character’s actions which reveal their personality indirectly. In another example from Marina Lewycka’s ‘A Short History of Tractors in Ukrainian’, the narrator Nadezhda describes indirectly through her father’s actions that he was conflicted about asking his daughter from his first marriage to attend his second.
My father doesn’t invite us to the wedding, but he lets slip the date. ‘No need to visit now. Everything is OK. You can come after June first,’ he says. (p. 70)

3. To show the consequences of the character’s actions. It is possible to think about the relationship between direct and indirect characterisation as being one of cause and effect.
This will be evident with an example. At the beginning of Charles Dickens’ novel ‘Hard Times,’ we first meet the fraudulent Mr Bounderby. Dickens shows as directly how exaggerated everything that Bounderby says and does. Later through indirect characterisation shown by Bounderby’s accumulated words and actions, we understand the reasons for his behaviour.

4. For example, in Virginia Woolf’s ‘Mrs. Dalloway’, Clarissa Dalloway, the protagonist thinks about Peter Walsh, the man whose proposal she refused. In this excerpt, you can see Clarissa’s thoughts relayed by the narrator, which show how much she has learnt and grown over the years and her self-reflective nature.

For they might be parted for hundreds of years, she and Peter; she never wrote a letter, and his were dry sticks; but suddenly it would come over her, if he were with me now what would he say? – some days, some sights bringing him back to her calmly, without the old bitterness; which perhaps was the reward of having cared for people; they came back in the middle of St. James Park on fine morning – indeed they did. (p. 4)

In the absurdist play ‘Six Characters in Search of an Author’ by the Italian playwright Luigi Pirandello, six characters which he had started to write but hadn’t finished writing appear off stage catch him off guard, disrupt the rehearsal of his other play and demand to be realised and given a story.

Metaphorically many writers have experienced this feeling—of characters appearing and demanding to be written. Whether characters demand to be written by you or you feel compelled to write and realise them, with what you have read in this article, you will be able to create believable and memorable characters. Good luck and happy creating!

To show the character’s viewpoint and private thoughts. Through indirect characterisation, you as the third-person narrator, can relate the character’s innermost thoughts and convey his/her viewpoint.