How Long should a Book Chapter Be?
Skip to content

How Long Should a Book Chapter Be?

Have you ever read a chapter that is so long, you start to lose interest or think the author’s just ranting for the sake of it with nothing related to the plot?

This is why the length of the chapter matters.

You finally finished structuring your book, and now you have to start writing.

Why does Chapter Length matter? 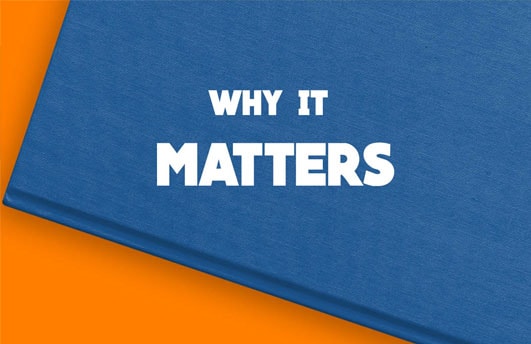 When you get into designing a book, you will have to pay attention to the length of each chapter as well. The length of the chapter needs to be consistent to ensure an enjoyable reading experience. The way you end a chapter must:

The way you end a chapter must:

It also tells readers to prepare for a shift mentally. If your chapters are too short, the readers’ experience will not be consistent.

Long chapters can risk readers from getting bored and will result in them dropping out of the story. A break between chapters lets readers take a small break.

You don’t want them to finish a chapter a week or so, do you?

It’s Up to You

Before you decide the length of your chapters, try dividing the book into chapters. Think of it as your favorite TV series.  Each chapter consists of one or more scenes that contribute to the story.

Unlike TV series, you are not limited to a certain time. Important scenes might need longer chapters.

Although some authors have just one chapter taking up most of the book while the rest are much shorter, readers might find it odd.

Your audience also plays a significant role. For example, books for young readers have shorter chapters compared to novels for adult readers. This is not a rule or anything, but shorter chapters make sense if you’re writing for your readers.

How Long Should it Be?

When you think of publishing a book, the parts of a book and the length of each chapter need to be taken into account. However, you can use chapter spans to your advantage when it comes to pacing and structure.  For instance, many shorter sections in a row will quicken the tempo, while longer ones will do the opposite.

Different people give you different numbers.  After thorough research, we found out the average word count of a chapter typically falls somewhere between 1,500 – 5,000 words, with 3,000–4,000 being the most common sweet spot.

After seeing the numbers, I don’t think that every chapter has to fall under this range. In fact, books with smaller sections tend to become bestsellers (Dan Brown, Kurt Vonnegut).

The chapter-length depends purely on the story. For example,

The chapters in “The Fault In Our Stars” grow shorter as Hazel’s time with Augustus shortens.  The way you section your book depends on the effect you want to achieve at any given point.

There Are No Rules

Sometimes, writers write extra-short chapters that consist only of 1-2 lines for emphasis. Finding a chapter that consists of online 1-2 lines or even a word is used sparingly by authors. It loses effect if everyone does it.

Although there are many books with more than 5,000 words per chapter, you might not get away with it if you’re a new author.

What Matters the Most

Writing a bland chapter with events and thoughts that don’t relate to your plot will leave readers thinking you’re just ranting. But, at the same time, compressing an exciting chapter to lessen the word counts shouldn’t be done as well.

The 3,000 to 5,000-word count for chapters might be okay for roughening your book’s structure. Still, only the story must be the primary deciding factor.

First, build your plot through a series of events or scenes and then decide where your divisions will be. You may want to add or remove scenes from the chapters, or you might want to stick to just one scene per chapter. Whatever it may be, make sure that the division comes when the reader can put down the book for a break.

How to Write A Chapter Break 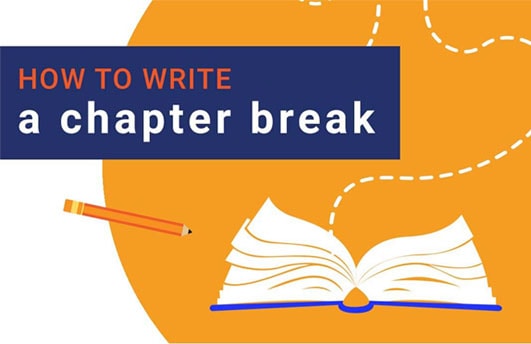 If you’re a lover of Indian cinema and have watched many movies in Indian theatres, I guess you know what I’m talking about.

You know how they introduce a main character before the interval, right? They show a man walking without revealing his face, and when they do, they show the word “interval” on the screen. You’re either left wondering who it is or think damnit it was him all this while. How could I have not guessed?! (depends on the kind of movie)

This is the type of entrance you need to make.

You can reveal at the end of the chapter what makes people go. I wonder who this is? I need to keep reading or the latter.

Having an arrival is an excellent way to end a chapter.

“The promise” leaves you wondering what’s going to happen next and promises more intrigue in the next chapter.

Here is an example:

Their big day is tomorrow. They went through the plan once more during dinner before they packed their bags. An hour later, they were fast asleep. That night was the first time in their lives they had prayed. They knew this would be the biggest one they will ever have with their hearts ready for adventure.

If you have noticed, the passage promises plenty of upcoming adventures for the reader. But, unfortunately, the chapter break is put at a place that leaves you wanting more.

Many chapters end with a bit of mystery. When I say mystery, the future is a mystery, and you don’t know what will happen.

The zombies were coming towards us. The door was locked, and we had nowhere else to run. I took out a gun and pointed towards the dead creature, and shot. Why wasn’t it going off? I clicked several times. The gun was empty, and there was no other way to escape. Then, when I wondered which part of me they’re going to devour first, the electricity goes off along with a gunshot.

The narrator has no idea what’s going to happen, and with that, any reader will want to read what happens next.

Another way to end a chapter is by looking back on past events.  This can be a way to summarize or bring the scene to a close.  This paragraph from Harry Potter and the Prisoner of Azkaban is a great example:

Deciding that he’d worry about the Hogsmeade form when he woke up, Harry got back into bed. He reached up to cross off another day on the chart he’d made for himself, counting down the days left until his return to Hogwarts. Then he took off his glasses and lay down, eyes open, facing his three birthday cards.

Extremely unusual though he was, at that moment, Harry Potter felt just like everyone else — glad, for the first time in his life, that it was his birthday.

— J.K. Rowling, Harry Potter and the Prisoner of Azkaban

Though it’s pretty normal to end a paragraph with the character falling asleep, Rowling made the occasion worth describing.

Every reader has experienced a good cliffhanger. The master of cliffhangers – Charles Dickens, was known to write cliffhangers in the middle of fight scenes as well!

Whatever way the cliffhanger is,  your audience will flip the pages only with the anticipation you give out.

Try not to use it repeatedly, or else it will lose its impact.

A cliffhanger can also be graceful. Let’s take a look at this example from Ann Patchett:

“Through the windows, a bright red strobe light flashed across the walls accompanied by a high-pitched wailing. The sound was nagging and accusatory. It was nothing, nothing like the song.”

In the first chapter, terrorists storm a concern and take everyone hostage. The ending of this chapter focuses on the main shift – from songs to sirens. From music to wailing.

Because the police have arrived, it becomes a cliffhanger, and readers want to know what will happen next.

Not mentioning the word “police” gives a small subtlety which is important. Rather than focusing on the physical attributes of the police and hostages, she focuses only on the sound.

Subtlety is the main ingredient for a graceful cliffhanger.

Yep, your read that right. You can end a chapter with a description as well. You might be thinking, how the heck does that make any sense? Let me tell you how.

Writing any description doesn’t work. Your description has to connect all the characters and must act as a metaphor for what you want to write.

You basically end the chapter with a metaphor.

If you’re writing a book with many POVs / jumps time periods, you can use the chapter break to take things to another level.

While some books have more than ten POVs, some have just 2-3 POVs that keep shifting.

If you have more than 2  POV characters, ensure that you distribute time equally amongst them while making each character interesting. For example, a long chapter about a boring character should not slow down the entire story.

These are the main guides to remember. Plenty of books play with the word counts of their chapters, but the average word count is around 2,000 – 5,000 words. Remember that it all depends on your story. Don’t write every chapter with only one eye on your story and the other on the word count. Concentrate on making your content interesting, strong, and good. You can come back to the word count later.

This is pretty self-explanatory. Sounds easy, right? It is!

It can go something like, “Will we ever find them?” Or “Will he ever know the truth?”

Asking a question at the end of the chapter makes readers want to know the answer, so they automatically go to the next chapter.

Creating a surprise can be a bit similar to creating a mystery.  Except, rather than revealing a person, you can reveal a piece of information.

Let’s imagine your story is about a son searching for his father all his life, and his father happens to move in next door to him. Unaware that they are father and son, they become friends and develop a bond with each other.

One day when the man tells the boy, who reminds him of his son, a bit about him and reveals his name. The son then realizes that the man is his father and is left shocked.

The moment the father tells him his son’s name and the son realizes the man is his father, the element of surprise and the chapter ends there.

Remember, you can split a scene into two chapters. They don’t always have to be the end. They can be the beginning to the next scene.

Find dialogues you want to emphasize the most and end the chapter there.

End With A Joke

The book The Sellout by Paul Beatty is about a young black man who decides to bring back segregation and slavery and goes all the way to the Supreme Court to have his case heard.

The first chapter ends with the black Supreme Court Justice yelling at the protagonist.

“Racial Segregation? Slavery? Why you bitch-made motherfucker, I know goddamn well your parents raised you better than that! So let’s get this hanging party started.”

Hilarious, isn’t it? Ending a chapter with humor is a great way to get the reader to keep reading.