How to Outline a Novel in 7 Easy Steps

One of the scariest moments for a writer a novel is looking at a blank page. The tyranny of the blank page as it is called. As a writer, you will need to overcome it. You can turn up every day and wait for inspiration to strike you. This also works. There is also another way. As a creativity coach, Julia Cameron says, “Creativity is always a leap of faith. You’re faced with a blank page, blank easel, or an empty stage.” One of the ways you can make that leap of faith is to outline your novel.

Some writers can turn in solid first drafts without an outline. In three days, Irish author John Boyne finished the first draft of his famous book, The Boy in the Striped Pyjamas. Other writers need something a little more structured that is an outline. An outline gives you some idea of what is going to happen next. Even if you change the outline while writing the novel, it gives you a foothold to start with. 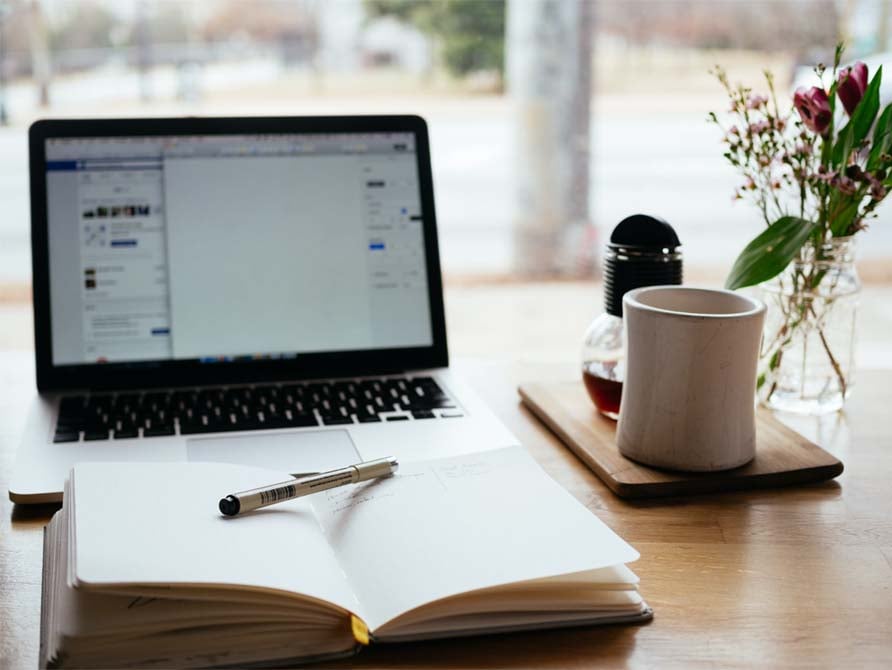 There are three kinds of writers: one who writes without a plan and plans the writing. The writer who writes without a plan is called a “pansters” because they literally “fly by the seat of their pants.” The writer who has a plan is called a “plotter” because they make an outline first. Famous “pansters” include Margaret Atwood, George R.R. Martin, and Stephen King. In contrast, the famous “plotters” are J. K. Rowling, Joseph Heller, and Ernest Hemingway.

The third kind of writer is a hybrid of the first two. They start writing as a panster and then need an outline to proceed further. Look at your own writing habits and decide which category you belong to.

What Is an Outline?

An outline can be a brief synopsis, a one-page document, or a comprehensive mind map with a visual representation showing the links between characters and events. Some writers use index cards; some prefer mind maps; some others might use post-its—more about these in a bit. The technique is as per your preference. There is no one right way to outline a novel just as there is not only one right way to write it.

The Importance of the Outline 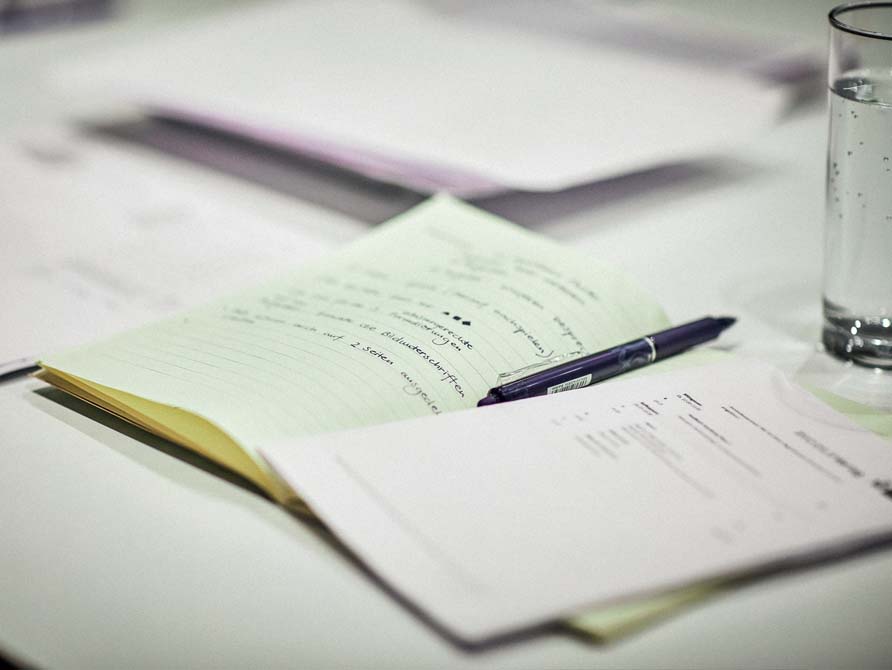 If you are a panster, you might ask why you need a novel outline at all. After all, you are doing just as fine without it. Some might even think of outlines as blocking your free-flowing Creativity. You’d want to finish writing in one full burst or several full bursts. And the outline might get in the way. You might even think like panster Stephen King who says, “Outlines are the last resource of bad fiction writers who wish to God they were writing masters’ theses.”

If you are a plotter, you already believe in some form of an outline. For you, an outline is an essential first step to writing the novel. J. K. Rowling described her outlining method as: “I always have a basic plot outline, but I like to leave some things to be decided while I write.”

There are several advantages to starting a novel with an outline. They are:

Just like everything else in life, there are some drawbacks to outlining.

However, the advantages of having an outline far outweigh the disadvantages. And if you can keep an eye out for the drawbacks and avoid them as much as possible, outlining can be your good friend, philosopher and guide on your writing journey. American journalist, author, and a self-confessed plotter James J. Kilpatrick said,

The crafts of writing and carpentry are deceptively simple. The carpenter has to begin with a plan; the writer must begin with a thought. There must be at least the germ of an idea. Before the first board is nailed to the second board or the first word connected to the second word, there has to be some clear notion of where we expect to be when we have finished nailing or writing.

If you are convinced about the importance of the outline, you now have a choice of several methods to follow.Here are a few popular ones.

Just as choosing to outline your novel is a choice, choosing which outline to follow is also your choice. If you do choose an outlining method, find one that works for you. You might have to experiment a bit to find the perfect fit.

How to Outline a Novel 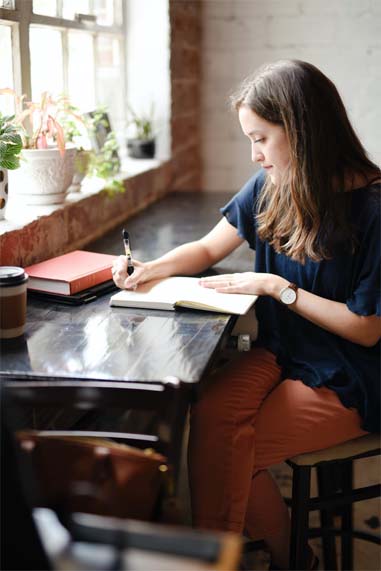 Now let’s look at one way to craft an outline for your novel. In seven easy steps, you can have an outline ready.

1. Draft the Premise of Your Novel

The premise is the backbone of your story. You need to ask a few questions to figure this premise out.

After you work out the answers to these questions, frame a one-paragraph summary.

Alternatively, you can summarize your story in a single sentence. It answers the question, “What is your story about?”In marketing, it is called the elevator pitch. Once you have it, you can use it for the marketing and promotion of your novel after you have written the final draft. You might have to come back and change the premise in case your story changes during the outline or the writing.

The time and the place, the when and the where your story, is the setting. This is as important as your characters. Your readers have to have a feel of the place and the time as much as why the character does what he/she does.

The setting depends on the genre as well. No matter what the genre is, you will need to do some research for it. Is your story set in Punjab during the 1947 Partition? Is your story set in a space station in the future? Is your story about five boys stuck in a deserted island off the coast of Australia in the 1960s? Each of these potential novel ideas would need you to research the time and the place you choose. Find as much information as you need.

Even if you choose your own childhood (something that you alone are an expert at) as the base for your novel, you might still need to research the period’s socio-political background.

So you know your premise and your setting. Now you need to figure out what framework or the structure of your story is. There are a few popular plot structures from which you can choose:

You can also use the Q and A method. Interview your characters, ask them personal questions, and respond to you in their own words. From this, you can create detailed backstories of each character.Your reader will not read these backstories, but they will inform the way your character imagines, behaves, and acts.

Now that you know who your characters are, you will need to detail your plot. A plot is nothing but the series of events which make up your novel. The plot is what makes the reader turn the page or stop reading. While reading a book have you ever thought, ‘where is this going?’ That is because of a plotting problem. You’ll want to avoid any of that in your book. So you need to flesh out the beginning, middle, and the end of the novel. Plotter J.K. Rowling is said to have known the end of the seventh book before she even began writing the first Harry Potter.

You will also need to choose a plot type. According to Christopher Booker’s The Seven Basic Plots, there are nine basic plot types:

Now your outline has achieved some shape. You will have a good idea about the scenes and where they should be slotted. Put down as much information as you have at this time.This is not the proper writing process so don’t worry about how messy it appears.

You can organize the scenes using one or more of these methods:

Write a short and brief summary of each chapter listing the events that happen in each of them. This will be very easy to do since you would have done all the hard work earlier.

At the end of this process, the outline of your novel is ready. All you have to do is roll up your sleeves and get going on the actual writing part. Now, if someone were to ask you about outlining a novel, you would be able to explain what it is, its importance, the outlining methods, and how to outline a novel.

Any cookies that may not be particularly necessary for the website to function and is used specifically to collect user personal data via analytics, ads, other embedded contents are termed as non-necessary cookies. It is mandatory to procure user consent prior to running these cookies on your website.