Point of View: Tips to use them.
Skip to content

Point of View: Tips to use Multiple POVs 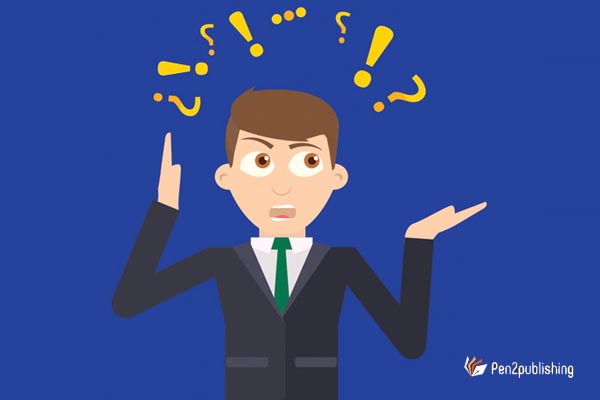 What is a point of view?

Point of View refers to the viewpoint from which the story is narrated, NOT the tone of the story. The narration mode tells the readers who is telling them the story. The point of view dictates how to write a short story or novel. You can have one or more POVs while writing a novel. While modern detective novels don’t have omniscient narrators often because the fun of the book involves trying to solve a mystery along with the main character, young adult novels are mostly in the first person.

The first person POV is when the narrator tells the story themselves to the readers.

The most common use of the first person POV is in the past tense. It is the POV recommended for first-time authors.

— “We had a fun competition last summer.”

Identifying with the character is easy in this POV as it gives the readers instant access to what characters are feeling, thinking, etc.

This POV is used extensively in literature even today.

Other popular examples include: Great Expectations by Charles Dickens

I give Pirrip as my father’s family name, on the authority of his tombstone and my sister,—Mrs. Joe Gargery, who married the blacksmith. As I never saw my father or my mother, and never saw any likeness of either of them (for their days were long before the days of photographs), my first fancies regarding what they were like were unreasonably derived from their tombstones.

— The Princess Diaries by Meg Cabot

My name is Mia Thermopolis. I’m fourteen years old and I live in New York City. I live in an apartment in Greenwich Village, on the west side of the city.

Sometimes, the person narrating the story is not always the main character. The person narrating is just a character that is also part of the same story. Watson documenting Sherlock’s triumphs in “The Red-Headed League” by Sir Arthur Conan Doyle is a great example.

— Life of Pi, by Yann Martel

The second person POV is used rarely and is the least popular. The advantage of this POV is that it involves the reader as a participant. As in, when they are addressed with the word “you,” they automatically take the role as the participant and are told what they should be smelling, seeing, touching, thinking, and feeling.

This POV is used if the authors want to absorb the readers  in the experience of “being” the protagonist.

You are she. She is you. You are Essun. Remember? The woman whose son is dead.

— The Night Circus by Erin Morgenstern

— The Fifth Season by N.K. Jemisin

The third person POV is the most common. The subcategories under this are:

Third Person Limited: The writer is limited to only one perspective character – what you see. Everything must be seen through your eyes.

Harry Potter and the Sorcerer’s Stone by J.K. Rowling

Something very painful was going on in Harry’s mind. As Hagrid’s story came to a close, he saw again the blinding flash of green light, more clearly than he had ever remembered it before — and he remembered something else, for the first time in his life: a high, cold, cruel laugh.

Hagrid was watching him sadly.

Third person limited has the advantage of writing a close up of the character or backing away and letting the story unfold from a wider angle.

It’s called limited because it limits the POV of one character.

If sticking with one character throughout the entire story makes you feel uncomfortable, you can write this person limited from various POVs. This works best for large casts of characters and gives the flexibility to mix things up in every chapter.

— The Ambassadors by Henry James

—  The Wheel of Time by Robert Jordan

— The Foxhole Court by Nora Sakavic

— The Hero and the Crown by Robin McKinley

Third Person Omniscient: The narrators here can reveal anything that is happening, has happened or will happen in the story. Readers have access to all details the narrator is willing to share.

Example: She thought was the cutest guy she had ever seen but was scared to tell him

This perspective is known to be the hardest to pull off. The best part? The narrator can slip into minds of many characters anytime. This helps the author probe and understands the psychology of many characters.

Pride and Prejudice by Jane Austen

Elizabeth, having rather expected to affront him, was amazed at his gallantry; but there was a mixture of sweetness and archness in her manner which made it difficult for her to affront anybody; and Darcy had never been so bewitched by any woman as he was by her. He really believed that were it not for the inferiority of her connections, he should be in some danger.

This technique is used often by authors in fantasy novels to explain the backstory, and how the world was invented to the readers.

In the land of Ingary, where such things as seven-league boots and cloaks of invisibility really exist, it is quite a misfortune to be born the eldest of three. Everyone knows you are the one who will fail first, and worst, if the three of you set out to seek your fortunes.

— Stranger in a Strange Land by Robert A. Heinlein;

And there you go; here is the different point of views. Now that you know what they are let us look at how to use multiple points of views.

Why Use Multiple Point of Views?

Each character offers his or her own thing. Multiple POVs work only if all characters have their own element to add to the story.

Few novels need it. Like it or now, some stories might need multiple POVs if there is more than one protagonist.

Provide diversion. It can deepen the conflict and widen the story’s scope.

Here are some pointers before you use multiple POVs:

There you go! The different types of POVs and how to utilise them. Happy writing!